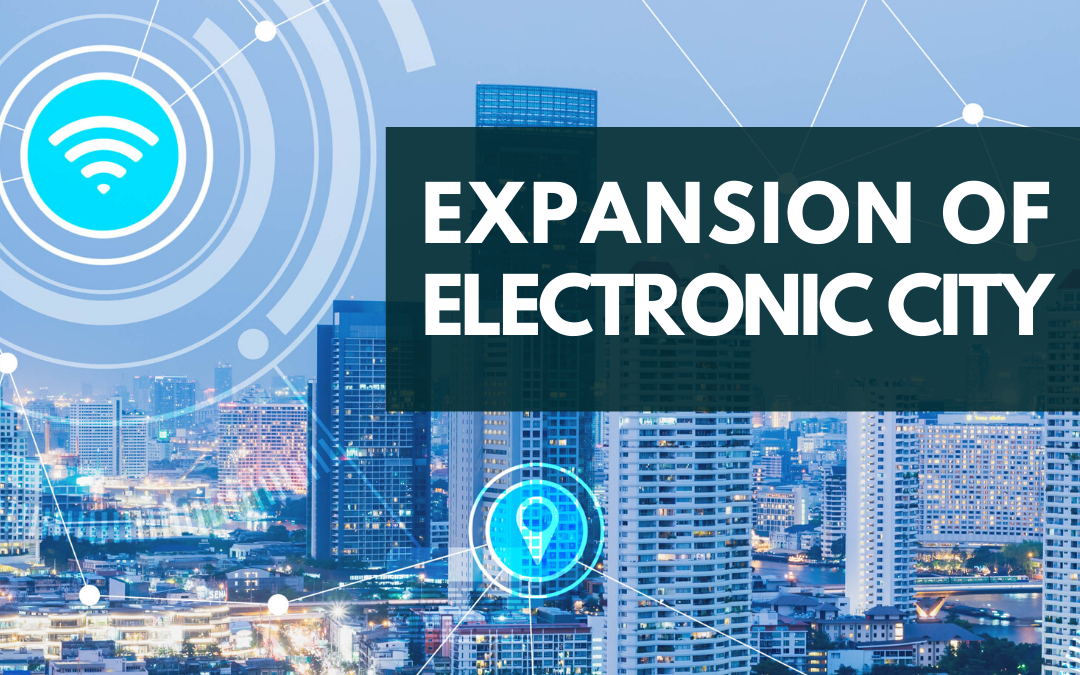 Thinking of buying that swanky apartment in Electronic City and think you have it all figured out but still a little unsure of what the future has in store for the area?

A question that haunts many new investors but rest assured as the Electronic City is an area that literally grows every day without you not even realizing it and by the time you see that some other new MNC has opened its office or a new project shaping up in the area, you see that a lot has changed. The place being the I.T hub of Bangalore prompts the government to constantly upgrade it and bring in developmental measures to make it investor-friendly.

Let’s take a look at some of them!

The upcoming yellow line of the Namma Metro which is an 18.82km line connecting RV Road with Bommasandra while passing through Electronic City will help you bid adieu to your traffic woes. This has led to a lot of investors investing in properties in Electronic City.

It might come as good news to the residents of South Bangalore as the Bangalore International Airport Limited (BIAL) has agreed to give a no-objection certificate to Hosur Airport thus allowing it to be operational under the UDAN scheme. The airport is just a 30-minute drive from Electronic City and would save all the time and effort needed to go to the Kempegowda International Airport.

To reduce the traffic woes even further, the Karnataka Government has given its nod to this 1200 crore project. Under this project, a 65km road will be built to decongest the present roads and enhance connectivity to Electronic City, Sarjapur and Kempegowda International Airport etc. This will be a boon to those who have invested in the properties in Electronic City.

Owing to the I.T population and MNC’s, there has been an increase in the number of educational institutions, hospitals and residential projects in Electronic City. The area is also all set to get its first integrated mall called M5- ECITY with 5 levels which would host several retail brands and eight screens and is going to be one of its kinds.

There have been constant measures undertaken to expand and develop the area due to the presence of several I.T companies in a bid to make it more investor friendly. The area continues to grow by leaps and bounds which has led to several projects springing up. One of which is Mahendra Homes who have already constructed several ready to move flats in Electronic City like Mahendra Elena, Elena-5 and Mahendra Aarna and are known for their tasteful interiors and a penchant for open spaces and greenery. They have some unique amenities like a pet park, senior people’s corner, multipurpose court, private terrace gardens, cricket pitch and a variety of sports courts.   With limited flats for sale in Electronic City due to most of them being sold out, it is best that you book a visit before your dream home becomes someone else’s.